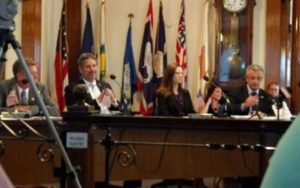 Local community leaders first began organizing for this ordinance in 1994. The Wilkes-Barre City Council voted down the ordinance in a 1-6 vote.