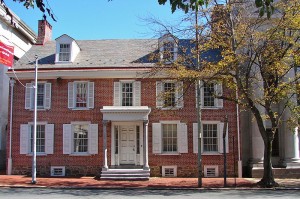 Code of the Borough of West Chester § 37A

In 2006, West Chester became the first municipality in Chester County to prohibit discrimination on the basis of sexual orientation and gender identity in employment, housing, and public accommodations. The Borough Council adopted the ordinance unanimously in a 6 -0 vote in favor.