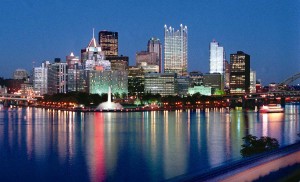 Pittsburgh has banned discrimination on the basis of sexual orientation (Ord. 2-1990) in employment, housing, and public accommodations since 1990. In 1997, Pittsburgh City Council amended the definition of “sex” in the City Code (chapter 651.04 (ii)) with Ord. 3-1997 to mean “the gender of a person, as perceived, presumed or assumed by others, including those who are changing or have changed their gender identification.”

The Pittsburgh Mayor’s Office convenes an active LGBT Advisory Council. You can read more in their brochure here.

The Pittsburgh Commission on Human Relations