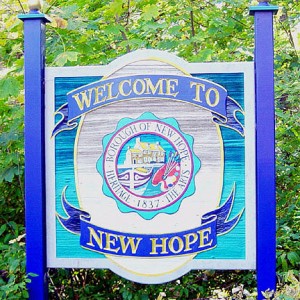 In 2002, New Hope became the first borough in the commonwealth to adopt a nondiscrimination ordinance. Council member Geri Delevich helped lead the effort toward the passage of this ordinance. The vote was unanimous with 6 – 0 in favor.