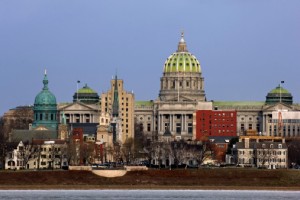 Harrisburg, Pennsylvania’s capital city, became the second municipality in the state to prohibit discrimination in employment, housing, and public accommodations on the basis of sexual orientation, and first for gender identity, in 1983.

While sexual orientation is explicitly stated in the charge of the Harrisburg Human Relations Commission in the City Code, their definition of sex is inclusive of transgender people.

The Harrisburg Human Relations Commission currently serves without an Executive Director. The City of Harrisburg website holds no information regarding the Commission.